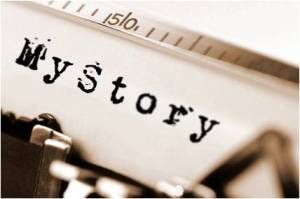 I attended the Spark & Hustle Small Business Boot Camp earlier this month as part of the Texas Conference for Women. The day was focused on small business owners, and those who wanted to be, and there were some great speakers. Samantha Ettus’ discussion  about personal branding in particular has really stayed with me. What hit home was we can all do more to control how the world sees us by paying close attention to the story we’re telling about ourselves.

This is equally true in our business and personal lives. Knowing our strengths and framing our story to best showcase those strengths goes a long way in managing our overall impression. Sounds simple, right? Not necessarily new or groundbreaking. But so few do it. Think about it – can you name anyone in your own circle who actually does this well? Women seem to have an especially hard time “curating their story” as Ettus calls it. Because we are connectors, we often focus more on the other person and feel uncomfortable or inauthentic if we’re touting our own strengths. Authenticity is also often translated as being totally honest and many women feel less than honest if they edit their story to focus only on the high points. Also, to be successful in communicating our “brand,” we have to believe wholeheartedly in the best version of our story. And summoning that kind of confidence can be a stumbling block for some.

My business partner, Brenda, and I went through this “storytelling” experience recently where we needed to come up with the best version of the On Your Mark story. We created a series of videos about the business – what we do, our experience and why our clients work with us. It was fun to take some time to assess and communicate our strengths, talk about what we’ve done and basically, tell our story in a confident and positive way.

Women business owners need to be bold, to stake claim to their expertise and stand strong while communicating everything they have to offer.  No one is going to do this as well as you, so think about your greatest moments and how you can craft them into your story. Say it out loud to yourself. Run it by friends or trusted colleagues. Get comfortable with telling your story in a new way. And then come back and tell us how it went.

Tomorrow is Thanksgiving, which, for most Americans, means lots and lots of food! And since we at On Your Mark happen to know a thing or two about food from our cpg research, we thought we’d share a few interesting 2011 meal trends for Turkey Day:

And if you’re not in a turkey-and-pie-induced food coma by the end of the day, don’t forget Black Friday is starting even earlier this year. Many stores, including retail giants Target, Walmart, and Best Buy, will be offering their super deals beginning at midnight.

Happy Thanksgiving from all of us at On Your Mark!

Merry Christmas to Me: Why consumers are spending more on themselves this shopping season

It’s that time of year again – the holiday shopping season. Many big name retailers have announced plans to top last year’s deals both in-store and online in an effort to meet the high expectations of budget-conscious consumers. But because Americans have become even more leery of the state of the US economy, there has been speculation around how much tighter they’ll keep the purse strings on their holiday spending.

Last month, researchers released the 2011 projections for holiday trends, and the numbers aren’t exactly blowing last year’s spending and sales figures out of the water. The most intriguing prediction is that, while shoppers will be spending a slightly lower total amount on gifts, they will be spending significantly more on non-gift items for themselves and their families. The survey from which these results were generated did not ask questions about what non-gift items they will buy, or why they are spending more on themselves this time of year, so I’ve made a few predictions of my own.  I believe shoppers are purchasing other items for themselves and their families during the holiday season because they are waiting to buy certain items until the end of the year when they can get the best sales and lowest prices. With this new trend, demand is put on hold until this enormous promotional period.

My prediction stems from one consumer priority: budget management. Consumers have gotten better and stricter about maintaining tight budgets, which has affected the way they shop. I believe shoppers are waiting until the end of the year to make non-gift purchases because they want to take advantage of what they expect to be the best deals of year. Waiting until the end of the year to buy requires discipline, patience, and planning. After three years of this recession, American consumers are now skilled enough at budgeting and bargain hunting that they can and will wait to make these extra purchases until the holiday shopping season.

But what exactly are they buying? In order to wait months for the purchase, the items can’t be immediate necessities. And based on the survey, the amount of money each shopper is spending on non-gift items is approximately $130.43, so we can assume they’re not buying a new car. My educated guess is that shoppers are making purchases on clothing, home goods, and other semi-necessities. These are the things we can live without buying or replacing until we know we are getting the absolute best deal.  For such goods, consumers are finally willing to spend during the big end-of-year and holiday sales; and after holding off and saving, shoppers feel they deserve these extras.

The 2011 holidays are sure to be filled with plenty of gift-giving, but this season will also see a surge in extra purchases to make the shopper feel a little extra retail love. In the coming years, it will be interesting to observe if and how such promotions-driven spending will affect the retail marketplace during the rest of the year as well as future holiday seasons.