The World’s 100 Most Powerful Women (According to Forbes)

Forbes unveiled their annual list of the world’s most powerful women last month including seven categories of females: billionaires, business, lifestyle (both entertainment and fashion), media, nonprofits, politics, and technology.

Staying at the number one slot from last year is Germany’s Chancellor Angela Merkel, 58, of Berlin. She stays with the current technological times by uploading videos to her own Youtube site answering questions German citizens ask.

Also for the second year in a row, Secretary of State Hillary Clinton ranks second on the list. The former First Lady and Presidential candidate was recently photographed watching her husband’s speech at the Democratic National Convention from across the world. 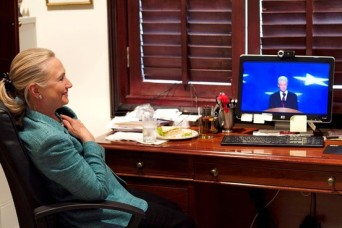 Other repeat women from lists past include Michelle Obama (7th), Oprah Winfrey (11th),  and Ellen DeGeneres (47th). The oldest on the list is 73-year-old President of Liberia, Ellen Johnson Sirleaf (82nd), who was awarded a Nobel Peace Prize in 2011. The youngest woman to make the list is 24-year-old Lady Gaga (14th)  for her music and philanthropy. Other young up-and-comers making the list include Yahoo CEO Marissa Mayer (21st), philanthropist and supermodel Gisele Bundchen (83rd), and entertainment mogul Beyonce Knowles (32nd).

2012 Conventions: Year of the Woman

Despite the fact that the 2008 elections had two women in the running (Sarah Palin as the Republican VP nominee and Hilary Clinton as the Democratic candidate second to Obama), there were considerably fewer female speakers at either convention compared to this year’s political pep rallies. The RNC’s 25 women and the DNC’s 35 women speakers included representatives, congressional candidates, senators, governors, former presidential cabinet members, and women’s rights activists, among others. The two most widely known female speakers, of course, were the candidates’ wives.

Ann Romney, wife to GOP candidate Mitt, and Michelle Obama, current First Lady, were both key speakers at their respective conventions. Both spoke of love for their husbands, talked about the struggles their marriages faced and the joy their children brought, and gave nothing but positive anecdotes about the men they think should be the next President. Hearing what these two women in particular have to say definitely adds an interesting element to the election.

It’s an exciting time for women as so many female political leaders are becoming more and more visible. Looking ahead, there are already some names of women being tossed around as potential candidates for the 2016 presidential election.

Regardless of which party you side with or who you hope our next President is, it’s obvious that both sides want your vote and are making women a priority in campaigning. If you aren’t yet registered to vote, do it now so that you’re ready to fill out your ballot come November!

This week we rounded up some fun facts from our last 6 months of posting on the blog. Enjoy and have a good weekend! 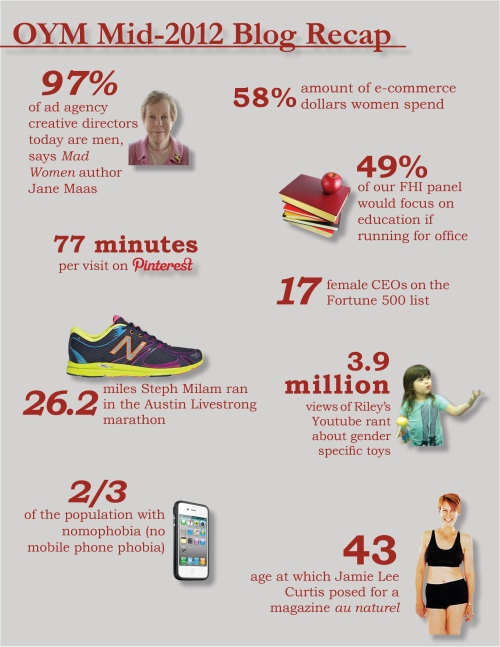